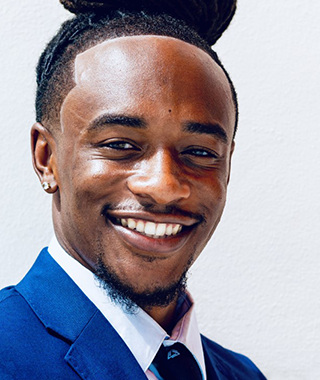 Asa is originally from Columbus, OH. Born by a Jamaican father and American mother. He is a former Track and Field Athlete and alumnus of The Ohio State Buckeyes and University of Miami Hurricanes. Asa is also the first in both his Jamaican and American families to graduate high school as a valedictorian, graduate college with a bachelor’s and master’s degree, and earn an athletic scholarship to later become an NCAA D1 Power-5 All-American athlete. His most notable accomplishments from his collegiate career are:

Asa is currently a Florida Real Estate Agent for Coldwell Banker Realty. He also holds a part time role in Athlete Services, where he focuses on hospitality and athlete relations, at House of Athlete. The wellness facility owned by former NFL Legend, broadcaster, and host of the I Am Athlete podcast, Brandon Marshall. So far Asa's worked closely with 23 athletes from the 2022 NFL Draft class and several notable NFL athletes during their off-season training. Asa has also begun sports broadcasting as a commentator for track and field meets that have been aired on ESPN and ACC Network.