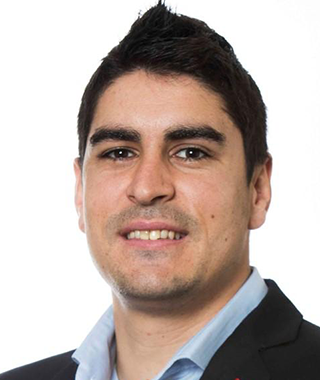 Nicolás is a sports and media executive currently serving as VP of Strategy and Business Development of LaLiga North America, a joint venture between Relevent Sports Group, a multinational media, sports and entertainment group, and LaLiga, Spain’s top-flight soccer competition and professional association. LaLiga North America was founded in 2018 as a first-of-a-kind partnership featuring the world’s best soccer league with internationally recognized clubs and players that aims to cultivate soccer culture in the U.S. and drive the league’s growth in the region.

Previously, Nicolás served as the Head of LaLiga Global Network – a multicultural international project composed of 50 people spread across 44 countries, the first endeavor of its kind at this scale in the sports industry. In this position, he was responsible for launching the project and selecting and developing all talent. Once established, he managed the team and its budget in order to develop opportunities and projects as well as spearhead actions to promote LaLiga abroad. Since its inception, the Global Network has improved LaLiga’s international brand value and created commercial opportunities to increase media rights globally.

Before starting with LaLiga, Nicolás was a high-performance athlete with the Spanish National Taekwondo Team, competing for Spain internationally for over 10 years. He was a Silver Medalist in London Olympic Games in 2012.

Nicolás holds a degree in Architecture from Universidad Politécnica de Madrid and an Executive Master´s degree in Sports Management from Centro de Estudios Garrigues in Madrid.