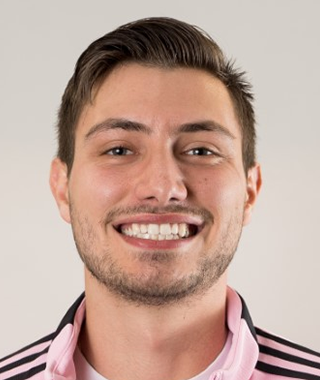 Nicholas Muoio is currently the Senior Coordinator of Marketing and Esports for Inter Miami CF, after joining the club in 2019. Muoio leads the club’s Esports initiatives, including managing their eMLS Athlete, scheduling first team eFriendlies and running and organizing the annual fan versus player tournament. Muoio also oversees email marketing for the club. Born in New Jersey, but raised in London, England, Muoio attended the University of Miami and graduated in December 2019 with a bachelor’s degree in Sport Administration. Prior to joining Inter Miami CF, Muoio interned at Crystal Palace Football Club in the marketing department where he helped launch their global supporters’ club program. At the University of Miami, Muoio worked as a student manager for the Baseball team for the 2018 season.