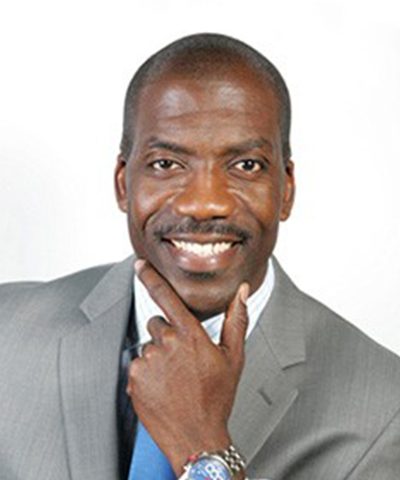 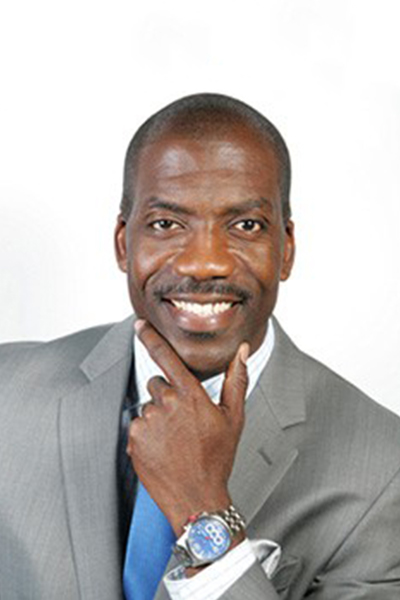 Founder
CEO and Principal of PRO2CEO

Kevin Carr is a 20-year sports business and professional development executive, and internationally renowned speaker. As an acclaimed award-winning transition expert, author and leadership coach Kevin Carr is the Founder, CEO and Principal of PRO2CEO, LLC, which is a consulting firm for elite and former athletes, artists and organizations. He obtained his Bachelors (1990) and Master of Public Administration, Human resources and Leadership (1993) from Florida State University. He currently is pursing his PhD at the University of Florida in the College of Health and Human Performance, in Sports Management, with a concentration in athlete development. He currently host a content show called the H.I.T. Show, which explores the transition for athletes from sports to the business world.

Most recently, Kevin served 13 seasons (2001-2014) as Vice President of Social Responsibility and Player Programs for the National Basketball Association and NBA Development League. In that role, Kevin was one of five people in the world to provide transition, career and life coaching to NBA and NBA D-League players. He was part of the player development staff that changed the NBA dress code, he led social responsibility efforts for NBA D-League Cares, and assisted in the execution of premier NBA Player Development initiatives for 6 NBA and 18 NBA D-League teams.

His illustrious background includes a position as Associate Director of Student-Athlete Support and Director of Life Skills at Michigan State University (MSU) where under his leadership, MSU’s Life Skills program was awarded the distinguished Division 1A Athletic Director’s “2000 Program of Excellence Award.” Prior to MSU, Carr was responsible for piloting the first Life Skills program at Florida State University, and was part of the FSU staff acknowledged for their accomplishments with the Award of Excellence for an Academic Support Program for Student-Athletes for College Athletic Management in 1996. He has also been honored with four championship rings in collegiate football, basketball and ice hockey for his role in providing outstanding leadership to players, coaches and staff.

Revered for his work in the field of human development, Carr’s expertise has made him an asset in talent development for numerous Fortune 500 companies, including AT&T, IBM, Siemens, The Orlando Magic and the Walt Disney World Company. A business leadership coach, Mr. Carr has been certified licensed facilitator of Franklin Covey’s “7 Habits of Highly Successful People” and “The 4Roles of Leadership,” and holds a certification in Business Communication Skills and Professional Self-Development and Management from Michigan State University’s College of Communication Arts and Sciences.

Among his many distinctions, Carr has been recognized by the Network Journal Magazine as one of its “Top 40 Forty Under Forty” achievement award winners for his significant levels of professional success and substantial contributions to the community in 2005. In 2010 Kevin was awarded the YGB Award for his achievements in business and the community. In 2011 Kevin received the No Book No Ball Foundation Award for the commitment to his work in the community.

He has been featured in The Shadow League, The Network Journal, RYSE Magazine, FSU Magazine, and Rolling Out Magazine for his work in the field of professional development. Hardwood Paroxysm, American Public University System, the Orlando Sentinel and Careerathletes.com have also interviewed him on personal and professional development of athletes.

He also enjoys coaching and mentoring emerging professionals across the U.S. in a wide range of industries. Kevin resides in Tampa and is supported by his wife Jenise and children.