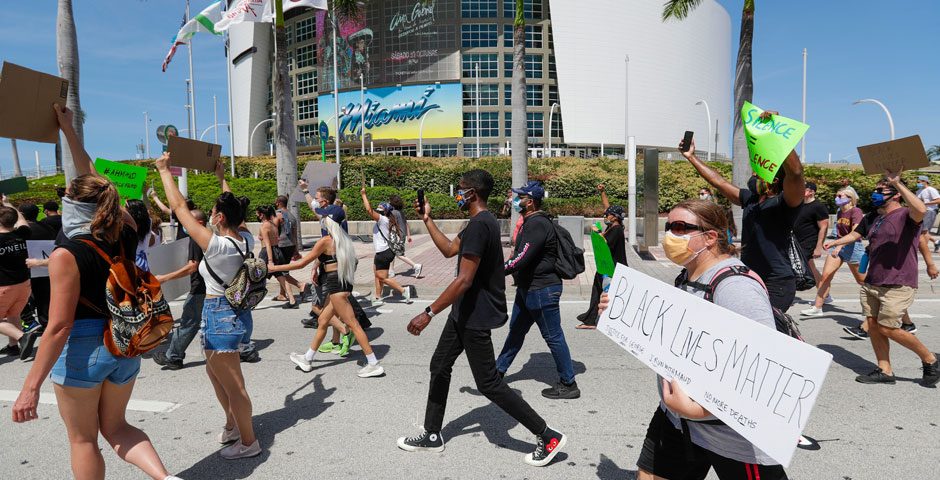 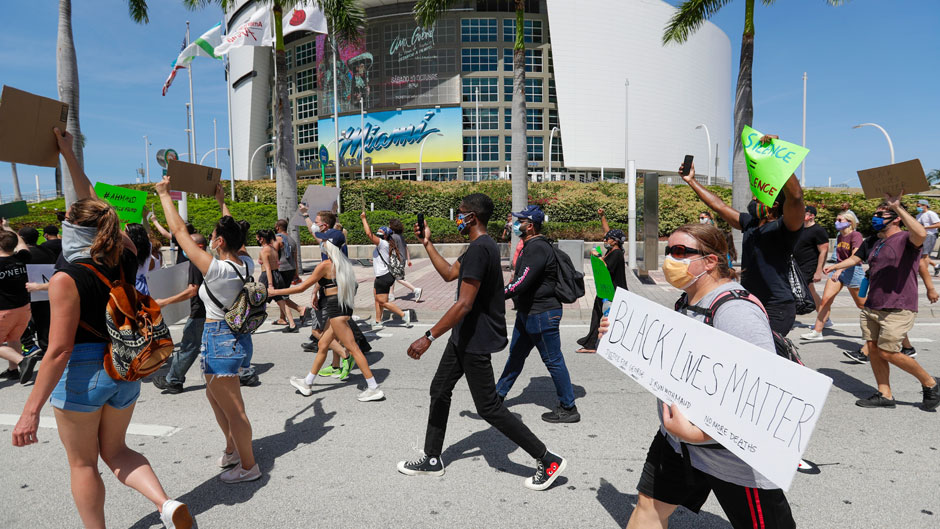 By Ashley A. Williams

In response to George Floyd’s death, the Office of Multicultural Student Affairs and the Counseling Center host an online platform to promote student dialogue and facilitate community building.

The May 25 death of George Floyd, a 46-year-old unarmed black man who was killed while in police custody on the streets of Minneapolis, Minnesota, has ignited a week of demonstrations against police brutality and racial injustice around the world.

On Monday, the University of Miami Office of Multicultural Student Affairs (MSA), in collaboration with the Counseling Center, hosted an online forum, Discussing America Today, for students, staff, and faculty to share their thoughts, emotions, needs, and reactions in light of the systemic police brutality against the black community.

Patricia A. Whitely, vice president of student affairs, participated in the discussion, which included more than 115 students and faculty and staff members.

“We are here for everyone in our community and it is an incredibly painful time,” said Whitely, who personally reached out to black student leaders over the weekend. “If I can help in any way, I’m here for you at any time. Whatever you need.”

Christopher Clarke, MSA’s director, and Christina Douyon, doctoral intern for the Counseling Center, opened the discussion with a moment of silence for Floyd. Douyon followed with mindful breathing exercises aimed at reducing anxiety and stress. The two shared their professional and personal thoughts about the recent events and also directed students to resources, such as the 24-hour Counseling Center hotline and ’Canes Care for ’Canes support group.

“The most important thing is to hear from you, our students, who are processing, who are hurting, who are reaching out and want to just be able to share their opinions and perspectives,” Clarke said. “And, I definitely want them to have that space.”

The discussion, which was promoted on social media, was open to all members of the University community to decompress and share in dialogue about the many systemic issues that black people face. Some of the words used by students participating in the forum to describe how they felt after the recent events included hopeful, scared, drained, betrayed, and exhausted.

“You are not alone,” Douyon said. “Keep checking in with yourself. The break you take for yourself does not negate the fight for justice; it gives you the strength needed to continue the fight.”

Coles, who is also Student Government’s director of diversity, equity, and inclusion, said black students are frustrated in this moment as they carry the weight of historical injustices and current disparities in the use of deadly force against blacks by police officers. He hopes to be a beacon of hope to his classmates and community during this difficult time.

“I encourage my peers to find joy in the little things, to guard their mental and emotional health, to use your roles to influence what you can, and don’t worry about what you can’t,” Coles said. “It’s been an amazing time of great unity and community. I have seen the best of people during this time.”