The nomination of Kamala Harris brings energy, momentum to the Democratic Party

The nomination of Kamala Harris brings energy, momentum to the Democratic Party 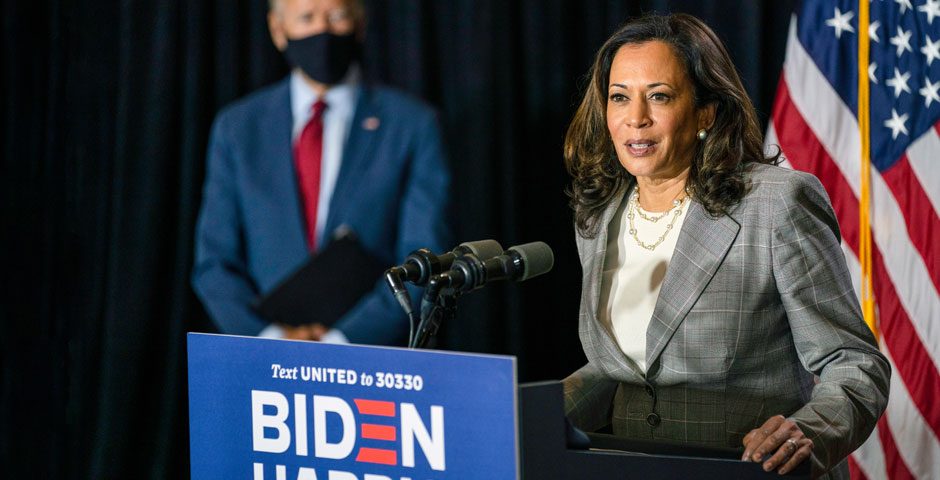 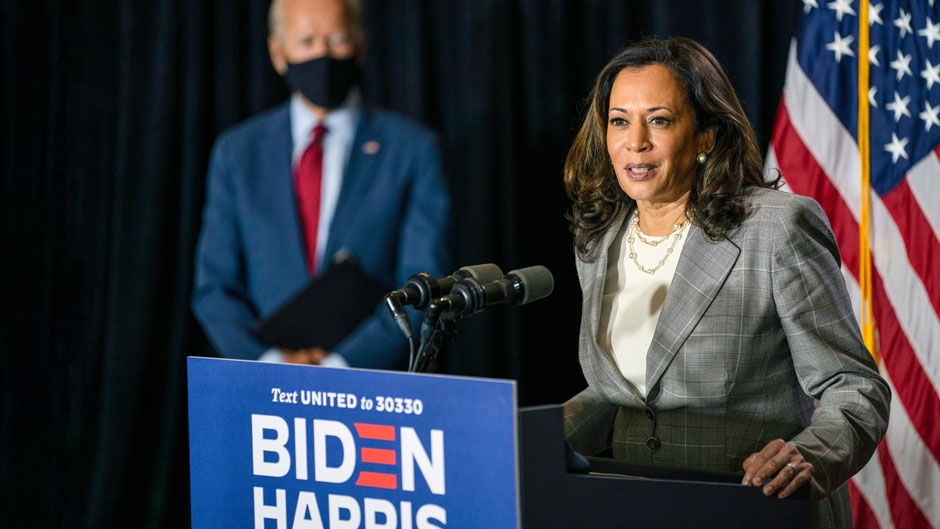 The U.S. senator and former prosecutor, picked to be Joe Biden’s running mate, has galvanized a critical group for Democrats: Black women.

When former Vice President Joe Biden picked Kamala Harris as his vice-presidential running mate, he provided voters with a historic moment that has infused energy and momentum into the 2020 presidential campaign.

That excitement translated into money. In the 24 hours after Biden made the announcement his campaign received $24 million, with 150,000 first-time donors chipping in. According to Politico, the money was received in the first hour after the news broke.

But will Harris be the winning ticket for Biden?

“The vice-presidential pick doesn’t matter that much in the election, usually, because people vote for the party,” said Joseph Uscinski, associate professor of political science at the University of Miami. “In other words, the people voting for Biden would be voting for Biden no matter who he picked. Rarely do people change their vote due to the vice-presidential choice.”

Traditionally, the vice-presidential nominee does little to shift voters’ perceptions and actions at the ballot box. But the appointment of Harris, a woman who is of Black Jamaican and Indian descent, and a respected senator and former prosecutor, will certainly bring additional monetary contributions and voter excitement, experts said.

Harris is also seen as someone who is moderately progressive and a longtime player in the political arena. Therefore, she will not bring any surprises.

“She is part of the political establishment, and she served as a senator and attorney general of California and has worked with law enforcement,” said Louise Davidson-Schmich, political science professor. “She’s a mainstream Democrat. She is a safe pick. If there were suburban voters in the Midwest worried about a candidate being too radical, she is not that person.”

Harris also embodies another side of the Democratic Party that is not represented by Biden, said Koger.

“The Democratic Party is a very diverse coalition by region, age, gender, race, and ethnicity. Joe Biden is an older white man, and it was in his and his party’s interest to nominate someone who does not fit his same profile,” he said.

One group that seems to be galvanized by Harris’ appointment is Black women, long believed to be the backbone of the Democratic Party.

Laura Kohn-Wood, dean of the School of Education and Human Development, is a fellow graduate of Harris’ alma mater, Howard University, a historically black university in Washington, D.C. She is very happy with Harris’ nomination.

“The choice of Senator Harris for the 2020 Democratic ticket affirms what many of us know, and that is the brilliance, tenacity, and systemically analytical skills associated with surviving and thriving as a Black woman in America, are perfectly well-suited to helping lead a country,” she said.

Osamudia James, professor of law and associate dean for Diversity, Equity and Community Social Justice at the School of Law, is glad to see a woman of color on a viable ticket. But she warns that what lies ahead as the campaign unfolds will not be pleasant.

“Already we’re seeing sexist and racist attacks, and those will only intensify,” said James. “For Black women watching, for Asian women watching, for all women watching, this will be an inspiring and galvanizing moment, but also a deeply fatiguing and at times devastating moment as we see how much further we have to go in terms of substantive equality for women in general and women of color in particular.”

Some critics point to Harris’ confrontation with Biden during the 2019 presidential debate where she chastised him for working with pro-segregation senators who were against school busing, as a moment that showed her contentious nature.

But polls taken right after that exchange favored Harris. And that “take no prisoners” attitude on her part is seen by many as one of her strengths. As a politician she has shown marked abilities to grill witnesses in congressional hearings when they are giving evasive answers, said Koger.

“In the end Biden chose her as his candidate,” said Koger. “It shows he is someone who can accept criticism and confrontation from a woman and still respect her as the politician she is.”