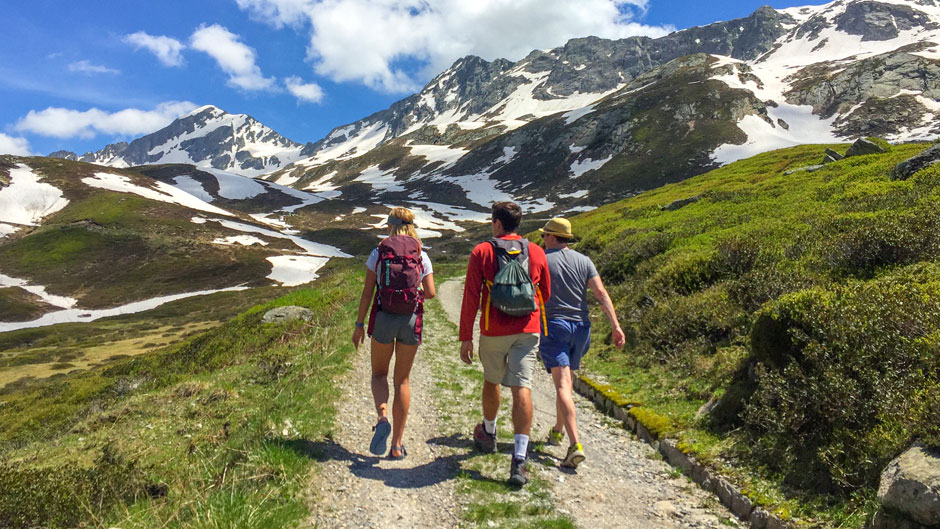 Students interested in sport administration and environmental storytelling can now explore their passion for the subject in a new location.

From a young age, sophomore Steven Dabdoub has loved to watch and play soccer. Although he may not be a professional player, last year Dabdoub came to the University of Miami with hopes of working in the sports industry after graduation.

This summer, Dabdoub got to see exactly what his ideal career might look like. The marketing and business analytics double major spent a little over a week on a study abroad program with sport administration professors Windy Dees and Erin McNary that toured the London offices of the English Premier League, the NFL, Spanish soccer league La Liga, Nike, Ironman UK and met with two sports entrepreneurs to expose students to a variety of careers in athletics. 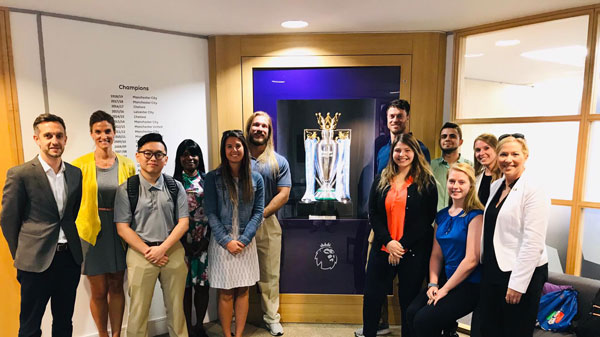 “When I saw this opportunity to study in London, a city I have always wanted to visit, in a course surrounding sports —and partly the sport and league I love the most—I decided to do the program,” Dabdoub said.

Along with the London program, another new study abroad program, Science, Media, and Storytelling, gave students interested in storytelling and the environment a one-month crash course in Switzerland. Organized by Meryl Shriver-Rice, director of environmental media at the Abess Center for Ecosystem Science and Policy, and visiting lecturer Hunter Vaughan, nine students spent most of June at Franklin University’s campus in Lugano, Switzerland, a picturesque town on the Italian border that is surrounded by national parks.

“There isn’t a science communications course offered at UM, so we wanted to teach one and offer it in a location that would bring up localized Swiss topics that could be linked to [environmental] topics globally,” said Shriver-Rice, a media anthropologist and archaeologist who developed and now directs UM’s new Master’s program in Environment, Culture, and Media.

Throughout the course, students explored environmental storytelling and media analysis with Shriver-Rice and Vaughan. They also honed their video production and editing skills with Abess Ph.D. student Mariam Abazeri, and visiting Iranian documentary filmmaker Hamed Zolfaghari, and got some scientific background of the area with Franklin University environmental science professor Patrick Della Croce.

Each week included a field trip where students worked to produce videos and podcasts that showcased a local environmental challenge the Swiss are facing, but then related it to global issues. For example, decades ago Lugano was having similar algae blooms in its alpine lakes that Florida is now struggling with in Lake Okeechobee as a result of chemicals seeping into the water, Shriver-Rice said.

“Students were excited to see that years later, Lake Lugano had been cleaned up enormously because of regulations that were put in place with their sewer systems,” she added.

Vaughan said students also got a taste of two completely different cultures by living near the border between Switzerland and Italy, offering them new viewpoints on how to treat wildlife and the environment. For example, there is an annual parade of cows, where the animals walk down from the Alpine mountain fields festooned with flower crowns.

“The [Swiss] have a very strong respect for animals, and there is less input from industrialization and capitalism, which shifts the way people view the natural world,” said Vaughan. “That really gave our students the opportunity to reflect back on the way they live in the U.S. in a really constructive way.”

“In the U.S., you read mostly about the NFL, NBA and MLB and these leagues dominate the sports news, but in England it’s cricket, rugby and soccer, and how people consume these sports varies, so students were exposed to these differences and were able to gain a greater appreciation of global sport,” she said.

Dabdoub said that the chance to network and learn from sports professionals was invaluable to him.

“Sports is popular all over the world and organizations are trying to take their entities over to different markets, so being able to observe, understand, and analyze this is very important,” he said. “I came back with much more knowledge about the American sports and their international operations and strategies.”