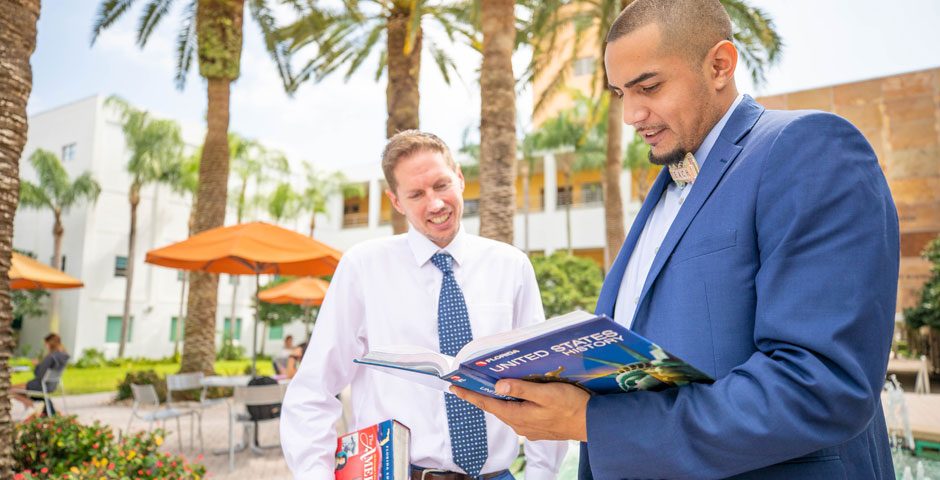 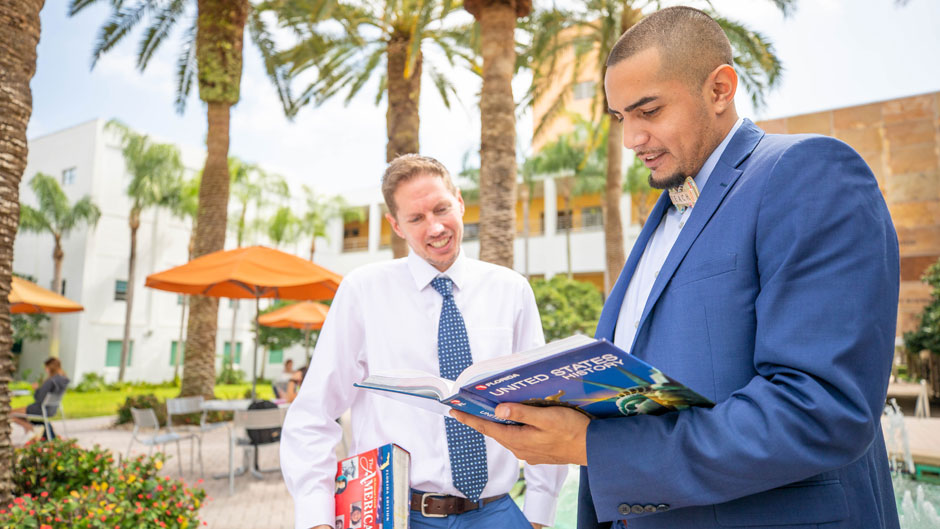 A School of Education and Human Development study of three U.S. history textbooks documents a biased treatment of Latinx people.

Growing up in La Puente, California, Edgar Diaz was fascinated with history and dreamed one day of writing his own history book. Yet, the son of Mexican parents found it strange—and increasingly disturbing—that the U.S. history books he learned from made little or no mention of Latinx people or culture, and when they did it was in pejorative terms.

Díaz, a graduate student assistant in the University of Miami School of Education and Human Development Department of Teaching and Learning, and Matthew Deroo, a professor in the same department, have coauthored a soon-to-be-published study that documents the textbook biases that Diaz recognized as a young Latino.

“Latinxs in contention: A systemic functional linguistic analysis of 11th-grade U.S. history textbooks” will be published in the Spring 2020 issue of Theory & Research in Social Education, a top-tier social studies journal.

“Situated in an increasingly hostile political climate toward traditionally marginalized individuals, including those with Latinx identity, our study reveals how the language choices authors make portray Latinx people, communities, and nation-states in passive and subservient roles, while representing the United States as a domineering and influential power,” wrote Díaz, in the article’s introduction.

“Our study offers a different approach to critique a textbook in ways that others have not done before,” added Deroo. “It makes a strong contribution to the field in advancing theory and serves to help teachers and students interpret textbooks and language to see how people are positioned and what that might mean for their own experiences.”

Employing a novel use of systemic functional linguistics, a tool normally used to support second-language learning, Díaz and Deroo scrutinized the choice of verbs in the three U.S. history textbooks currently used in Miami-Dade County Public Schools and assessed how the word choices impact what students understand about the subject—and themselves.

To complete their analysis, the two researchers worked page by page through hundreds of pages of text. At times they examined the same paragraph to determine the theme, which precedes the verb, and the rheme—the part of the clause that gives information about the theme. They do all this while assessing four classifications of verbs: saying, sensing/feeling, action, and relating.

Díaz propelled the research, and Deroo guided the academic process. “We share the commitment to honor Latinx students, to give students and teachers a better sense of agency and to support equity and social justice,” Deroo explained.

For their study, the researchers defined “Latinx” as a gender-inclusive term for people from Mexico, Central America, the Caribbean, or South America who share a common bond of Latin American origin.

While Díaz had become sensitized through his own history readings and education to the bias that ignored or stigmatized Latinos, an experience as a high school teacher prompted the doctoral research.

In his first year in Miami serving with Teach for America, Díaz was assigned to teach a world history class at Miami Edison Senior High. Most of his students were Haitian-Americans from the neighboring community.

“There was literally one paragraph in the whole book about the Haitian Revolution,” remembered Díaz, who noted that when he questioned the omission, he was told “not to worry because it won’t be on their [standardized] test.”

He changed the syllabus to spend the next two weeks delving into Haitian history. Diaz, who celebrates the link between literacy and history, justified the shift to administrators by assigning a range of writing tasks—another requirement of the standardized test.

While fulfilling his volunteer teaching commitment, Díaz entered the University of Miami and later completed his Master of Science in Education and Social Change. A few years later, he was back at the University to launch his doctoral studies. In a literacy class, taught by Professor Luciana de Oliveira, he learned the methodology that he applied for this study.

To counter the inequities inherent in textbooks, Díaz recommends that history teachers use more primary source documents—personal accounts like letters and diaries, newspapers, magazines, books, and government documents—that provide an alternative perspective to textbook history. He suggests that instructors encourage classroom discussions about topics that are bound to spark conversation, such as race and racism.

While recognizing the study’s contribution, Deroo recognized its limitations.

“We focused on three high school textbooks. It’s important to look at K8 textbooks to know how language choices are shaping U.S. history for younger learners,” he said, suggesting that further study would assess images and pictures to gauge how they might result in a better and more equitable understanding of history.

Díaz highlighted the importance of critical reading to help shape an accurate understanding of history.

“The research brought me back to being a young student and my belief that history is objective. The subtle changes in the phrasings of words change the meaning—and that affects students and has dangerous implications,’’ Diaz said. “Students are seeing a variety of different history textbooks, with dangerous omission of certain histories, and this explains in part the political climate we’re living in.”