We are exercise physiologists from the University of Miami focused on combating the burden of chronic disease by using an integrative and innovative wellness strategy. We rely on a novel system of implementation that fosters an improved well-being of patients with 3 key ingredients: education, motivation, and perspiration.

Our efficient, non-invasive, research-based assessments take only 10 minutes. These assessments provide you, and your healthcare provider, with details regarding your metabolic, musculoskeletal, nutritional and aerobic health that are curtailed into intricate and personalized behavior modifications, exercise prescriptions, and nutritional recommendations. Within just our first year, we have assessed professional athletes, olympians, and over 1000 members of the University of Miami, and South Florida community. We intend to continue our reach throughout the University of Miami Health System. 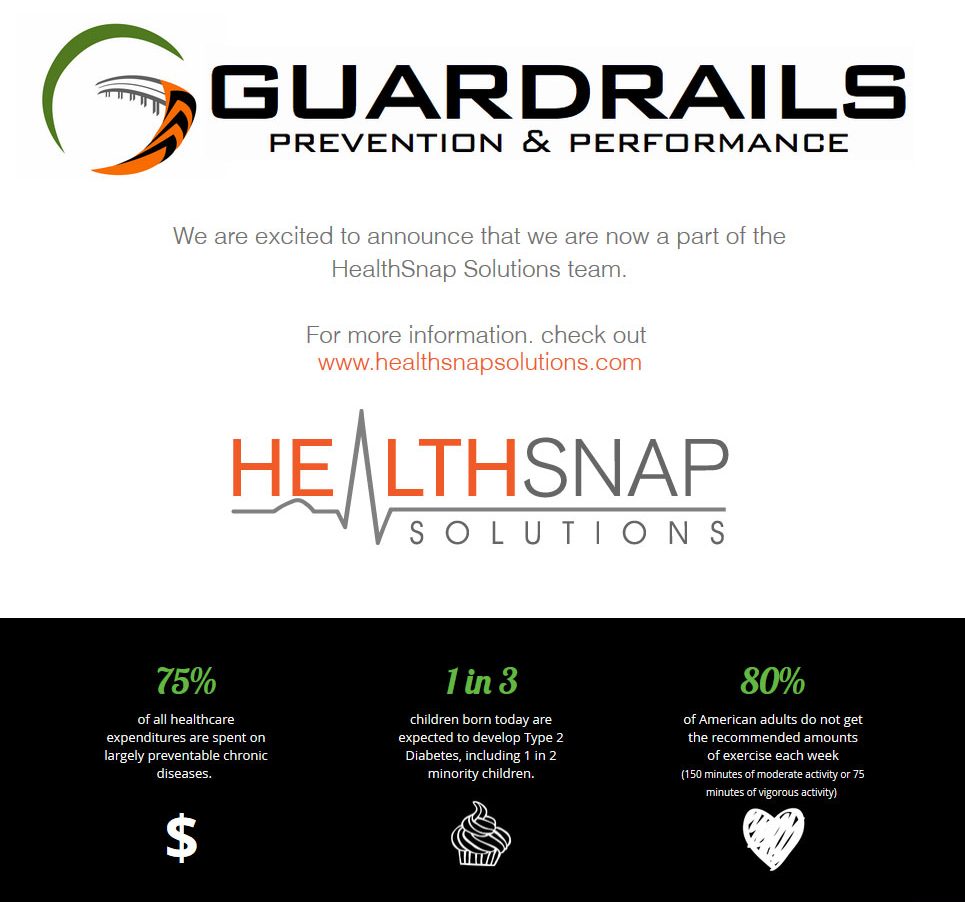 WHY WE DO IT

To help people achieve happiness, health, and prosperity.
Our unique, integrative approach will lead to more than just improvements in health. We aim to enhance the quality of our patients' lives right away, and help redirect those who need it toward a fulfilling and thriving future.

To turn disease care into healthcare.
The costs of healthcare comprise 18% of America's GDP, far more than any other country. It's estimated that 75% of these dollars are spent on chronic diseases that are largely preventable. Yet, effective prevention methods are underutilized.

Because we believe in you.
Chronic diseases are not inevitable. Preventing them begins with the development of personal standards of behavior (acting as guardrails) consistently redirecting you towards a higher state of wellbeing.

Guardrails are everywhere. We all know they’re there and why they exist but we don’t give them much attention until we run into one, and are saved from an ensuing disaster. Guardrails are defined as a system designed to keep us from straying into dangerous or off-limits areas. They’re strategically placed. They’re built in areas where we could drive, with the idea that it’s okay to cause a little bit of conIlict in order to prevent us from falling somewhere that we can’t get out of. For centuries, our ancenstors moved as humans had always moved and ate as humans had always eaten. Our culture is built around inactivity and poor nutrition. Most of our population is straying away from health, and falling into dangerous areas with increased risk of developing chronic diseases. Nationally we have built a healthcare system largely around treating those who have reached a point of no return, and we’ve neglected to simply prevent the healthy from becoming diseased. Never before has a species of any kind veered so far from their genetic basis that their bodies required a user manual.

With such dangerous roadside conditions, it’s time to stop relying on the ambulance at the bottom of the cliff, and put in place a system of prevention, guardrails, avoiding future generations from straying into heart disease, diabetes, and cancer.