A University of Miami study offers hope for Parkinson’s patients 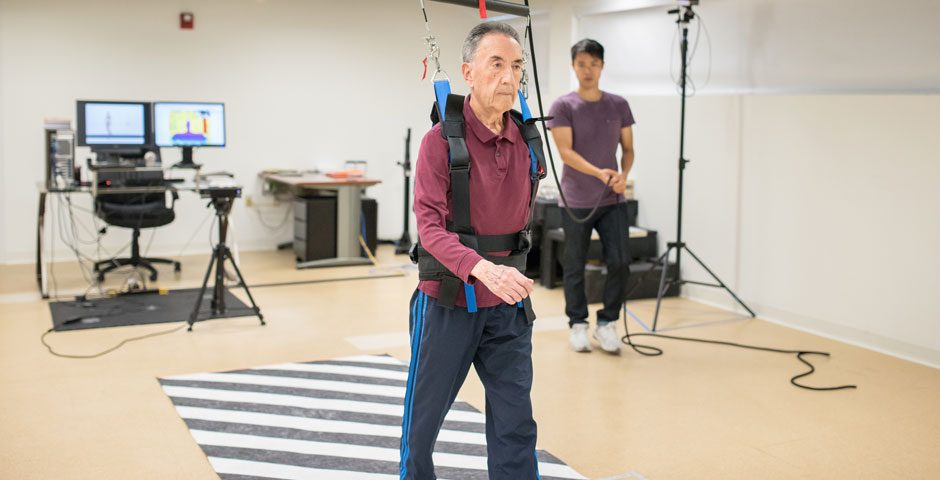 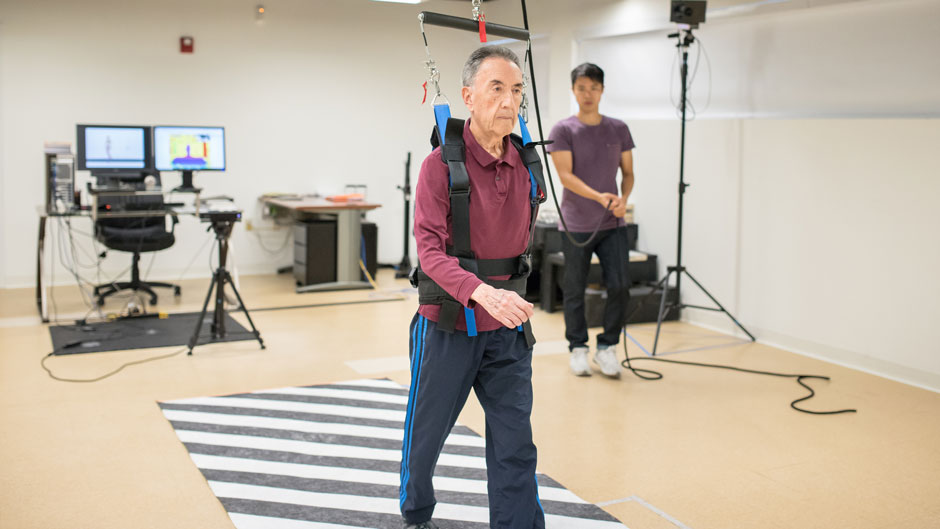 Strapped to a harness to prevent a fall, 80-year-old Enrique Torres is ready to traverse a crosswalk lined with white and black lines. Monitoring each move he makes is a small, black Microsoft Xbox Kinect sensor.

Torres is one of several patients with Parkinson’s disease, a progressive nervous system disorder, who is participating in a study by the University of Miami’s School of Education and Human Development’s (SEHD) Department of Kinesiology and Sport Sciences that measures the patient’s balance and how they walk, including joint angles and ground reaction forces.

Working in conjunction with Joseph Signorile, professor of Kinesiology and Sport Sciences, who heads the resistance and power training program for the patients, they are using the video game technology, which is much less expensive than other professional movement analysis equipment, to gather information about the patient’s functional performance. 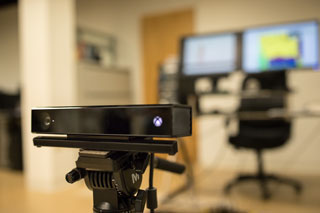 Parkinson’s disease results in reduction of mobility, which causes reduced independence, and an increased incidence of falls. This loss of mobility is characterized by rigidity tremors and gait disturbance.

The information the professors have gleaned from almost 60 patients in the last few years is important for physicians to better determine the effectiveness of the prescribed medications on improving the patient’s motor functions, and thus their overall quality of life.

The latest phase of the project began over a year ago at the Max Orovitz laboratory in the Coral Gables campus, aided by funds from the Provost's Office and a Parkinson’s Foundation grant.

Xbox KinectUsing a $100 Xbox Kinect, and other game accessories that use depth sensing technology, the team can assess whether the patient has improved in how they walk and retain balance (they are evaluated before and after the 12-week resistance/power training program). It can also measure the force a person uses as she walks. All is crucial information for a doctor to assess the patient’s progress.

“Currently, physicians subjectively assess the patient’s gait pattern by asking him/her to walk back and forth and watch,” said Eltoukhy. With the Kinect, the patient’s entire functional performance data is captured and transmitted in minutes. Prior to this, the technology that existed to evaluate the movement of Parkinson’s patients was not only pricey, but also cumbersome. Patients had to make multiple trips to the laboratory and wear full-body suits and markers that could prove uncomfortable.

This technology has proven so useful that the professors have already installed a Xbox Kinect at the clinic at UHealth at Kendall where UM neurologist Dr. Corneliu Luca works. In that space, patients can walk in front of the Xbox Kinect and the data can be transmitted to the Orvitz lab where it can be examined.

Signorile sees the Xbox Kinect as a valuable tool for physicians to use with all kinds of patients, including those who may receive a hip or knee replacement.

“In the future this could be in the patient’s home and the physician can monitor their progress,” he said. “Imagine what this means for someone who lives in a suburban or rural area.”