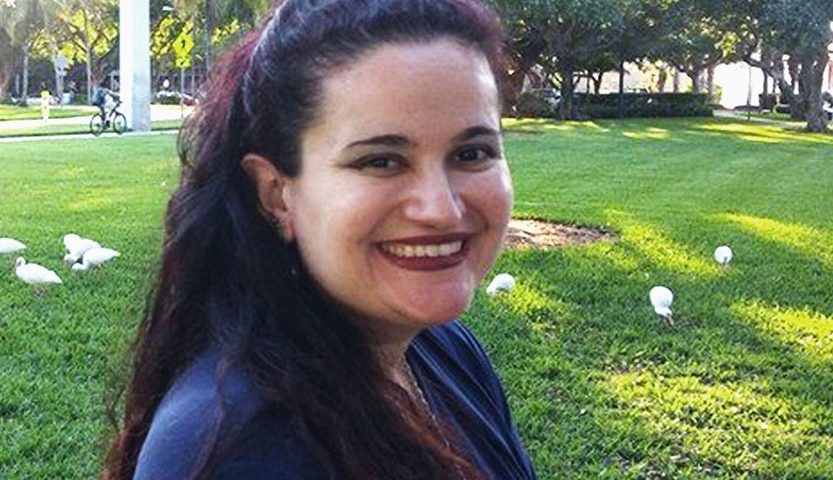 Posted on 22 November 2016
Tags: Department of Teaching and Learning, School of Education and Human Development

CORAL GABLES, Fla. (November 21, 2016)—University of Miami Associate Professor Luciana C. de Oliveira, who chairs the Department of Teaching and Learning in the School of Education and Human Development, is president-elect of the Teachers of English to Speakers of Other Languages (TESOL) International Association, an organization committed to advancing the quality of English-language teaching worldwide. Her three-year leadership term begins in March 2017, and includes a year as president and a year as past president.

Born in Brazil, de Oliveira will be the first Latina to serve as president of the 51-year-old association, which has as its main goal advancing the language teaching profession through professional development, research, standards, and advocacy.

“I’m so happy and humbled,” said de Oliveira. “This is pretty historic for TESOL since I am not only the first Latina who will become president, but also the youngest woman and the first South American. It’s just amazing to have this recognition from the members. I look forward to serving TESOL and its members in this new role.”

She joined TESOL in 2003 and served in various positions, most recently as a member of the board of directors for the past three years. As an immigrant who came to the United States in 1997, de Oliveira appreciates TESOL’s recognition of her as a Latina leader and hopes the organization will continue to focus on immigrant populations in the U.S. and support its members worldwide.

“We are extremely proud of her work and of the international recognition of her scholarship. Her work is having a global impact and the TESOL results demonstrate her international standing in her field,” said Prilleltensky. “Her work touches on many of our University initiatives, such as educational innovation, culture of belonging, and hemispheric reach. Her presidency will enhance the visibility of the School of Education and Human Development and our work in the promotion of educational, psychological, and physical well-being in multicultural communities.”

De Oliveira joined the UM faculty in 2015 after teaching at Columbia and Purdue universities. Her research focuses on issues related to teaching English-language learners at the K-12 level, including the role of language in learning the content areas, teacher education, advocacy and social justice, and non-native English-speaking teachers in TESOL.

She has authored, co-authored, edited, or co-edited 17 books, with several others under contract, and has a total of over 200 publications, including refereed journal articles and book chapters. She has more than 20 years of teaching experience in the field of TESOL. Her many awards and honors include being the 2012 recipient of the Early Career Award by the Bilingual Education Research special interest group of AERA.

For more information about the TESOL International Organization visit www.tesol.org.